What better day to climb a mountain than on a day that you say you can not?

I suggested to little Grace O’Malley that we should climb a mountain today.  At first she was very excited.  I told her we would wait until we had a power green smoothie (that she has no intention of drinking) and get our “packpack” ready to go climbing.

As the time approached to get ready she became a little contemplative.  Fearful.  She said “I don’t think I can climb a mountain Mamo.  I’m not as tall as you.”

“No you’re not as tall as me.  You are exactly as tall as you need to be.  So you are plenty tall enough.”  She equates tall with ‘big’ and able.  She will soon understand what power she possesses.  Even in her not as tall little self.

So we made our “power mountain climbing smoothie” together. 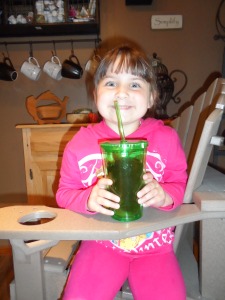 Well it doesn’t look too bad.

Oh…wait…thank you Mamo for this goodness and power! 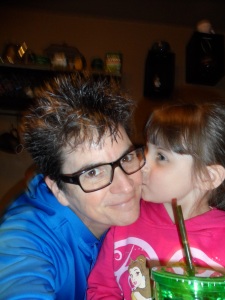 That little grand kiss was a surprise for Mamo!  Picture perfect power smoothie grand baby kiss!  With both of us feeling energized and all powerful we packed for the mountain.   Iced tea and gummy bears.   Perfect combination she thought.

And we are off! 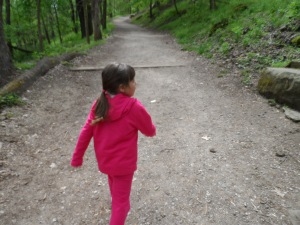 I so very much appreciated her imagination when she stopped and pointed and told me to be quiet.  I asked her why.  She said we better not wake up the bears up there.

She and I share a love and devotion to all things rock related.  When we approached this wall I asked her what she thought the patterns on the rock were from.  She peered at it closely and surmised  “lions, for sure”. 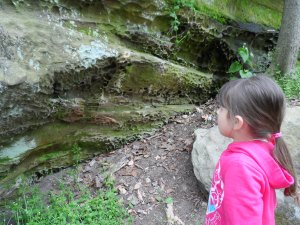 Well then, we best be careful.

And we had not quite reached the summit!

We headed towards another path…

….but decided this was not the one to take.

We will take this one. 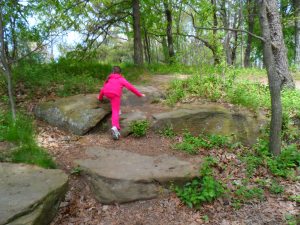 A little help is never a bad thing.

She decided this was the proper way to stand inside of a tree.  When she saw old beer cans shoved down inside the tree she was disgusted, as was I.  And we decided together that people who throw trash on the ground are doing something really stupid.  Lesson learned! 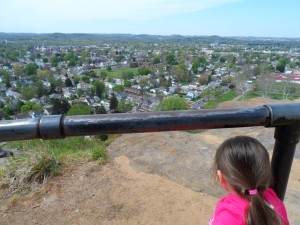 I know that she will climb many, many mountains.   And she won’t say “I can’t climb a mountain” ever again.