Questions that can not be asked can only be stated. 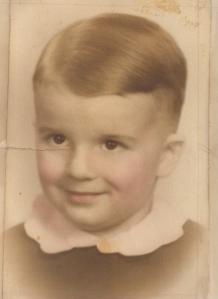 I bet there were many moments in his life where he felt like he does here, in this picture.   Don’t we all have moments of discontent.   And did he express them, later in life, like he did here.  Or did he, like so many of us do, learn to not wail freely at the all too often moments of frustration we soon learned were part of life.

Is he as serious here as I feel he is from looking at his -younger -than- I- ever -knew -him face.  Was he yet questioning his place in life.  Or was he mad because he had to wear all white and little brother got to wear the cool jacket with the belt. 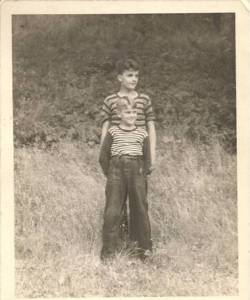 Was he ready to leave behind childhood and take on the responsibility of adulthood.   In his era, had he already taken on some of those responsibilities.  Did he feel independent or did he fear independence.  What was he looking forward to.  Did he know anything of what was to come.

Are there others who loved this smile-then- as I do looking at it now.  Does he know it made me pause with concern when I learned that he use to smoke.  Can he possibly feel anything but happiness in that moment.  Does he know that I see that smile in duplicate when I look at some of his sons. 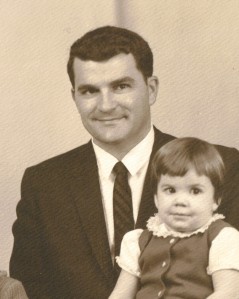 Did he have any idea there would be so many of us calling him “dad”, “daddy” and “daddy-o”?   Did he know that he was the best looking dad ever.  And did he know his kids all took after him.   🙂 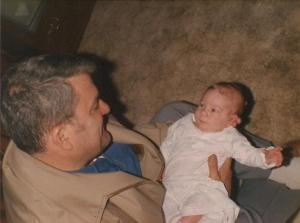 Did he ever contemplate the generations we move through.  He from son and brother, to husband, to father, to grandfather.  Did we make him proud.  Did he contemplate age.  Did he wonder what he was doing to guide us.  Did he foresee things for us that he knew we would face, that he thought he could help us with.   Or worry about whether he should not interfere.

Did he ever wonder what would happen if he was no longer here.   Did he contemplate our lives without him.  Did his daily prayers give him comfort and ease the worries of his life.

Did he know he would leave us.   Far too soon.   Far too empty.   And with far too many questions.