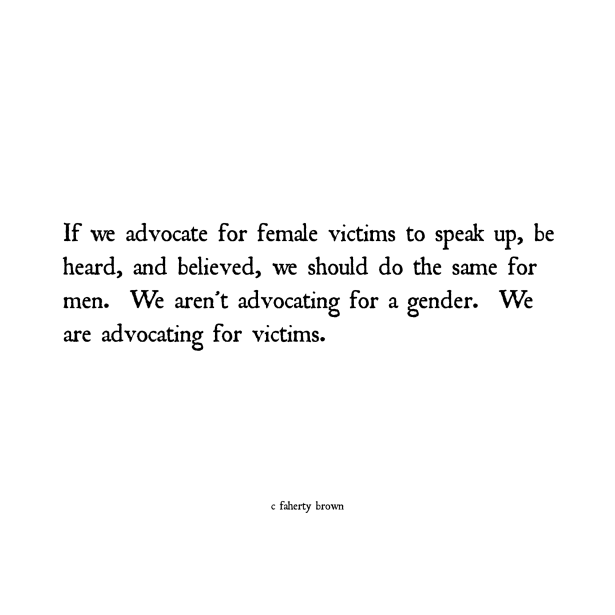 Too many times I spoke with men who were being abused.  Abused in many and multiple different ways:  physically, mentally/emotionally, verbally or financially.   Even with proof ‘in hand’ that these men were being abused I can count on one hand how many of them wanted to admit to it, tell me about it, or do anything about it.  If you think women who are abused are vastly under reporting, you would be shocked at the number of men who are under reporting.  The recent ongoing trial that has been top of the news in recent weeks has had me reflecting on all of these men.  None of them wanted to admit to being abused by their spouse or their child.  Most of them wanted me to think it was ‘not a big deal’.  It is a big deal.  Suffering and pain intentionally inflicted on others is a big deal.