The backyard.  There was a time when it was mostly our whole world.  It was ours and it was safe.  Kickball games were legendary.  And when we stepped into that yard, we were all-stars.  Some of us were more all-star than others of us.  But we needed players and if you were willing to play you were inducted into all-star status.  Inductions occurred about thirty years later.

The baselines and bases were permanently imprinted from the thousands of stampeding footprints we left behind as we sped to outrun the throws in from the outfield.  The pine trees behind first base made a perfect foul line.  If the ball went through there it was foul.  The fence behind third base made the other foul boundary.  It was a bigger nuisance if the ball went over into Fanny’s yard.  A quick check to make sure no one (adult) was looking and someone could hop over the fence, retrieve the ball and hop back over to re-join and re-start the game.  If adults were in the perimeter someone had to take that long walk clear back to the grandparents, around their garage, into Fanny’s yard, retrieve the ball and then one of two things happened.  Whoever retrieved the ball threw it back into play and took that long walk back.  Or, they carried the ball all the way around with them because they were mad they had to go get the ball.  If that was the option the retriever chose, you can bet there was a chorus of “pig” and “just throw it back you idiot” being yelled by all the all-stars still on the field.

Though kickball was king, that backyard saw it’s fair share of baseball, hotbox and football.  It was also the private practice field of the oldest of us when he would go back there with football, or baseball and glove, throw the ball of choice as high in the air as he could, and then be the receiver at the other end of it.  Mom and dad’s bedroom on the second floor, overlooking the backyard, made a great bleacher seat for such practices.  Occasionally that backyard saw one sibling or other fleeing from the fury of another sibling.  I suppose that would be track practice.  It also saw the early morning students trudging their way to school, and those same reluctant students rushing back through at lunch time and the end of school day.   There were family festivals and watermelon-seed-spitting fights.  Dad would light up the night sky from that backyard on the 4th of July. And TBDBITL couldn’t compare to the script O H I O s stomped out in the fresh snow every winter.

That backyard was our arena for greatness, imagination and youth.

And we were all-stars there. 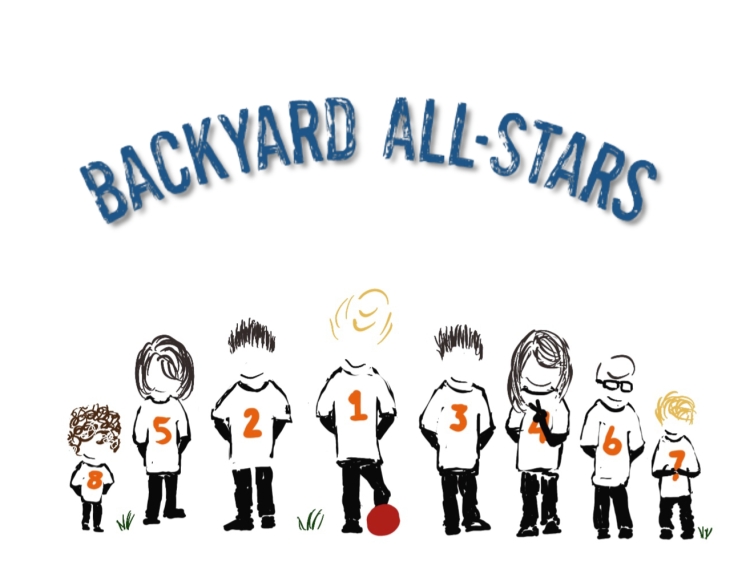